Myself and the weekend tourers had a great time in the Dead Sea and Negev regions touring a number of sites. The best part was the weather was pretty mild for this time of year. Here are some photos from our travels. 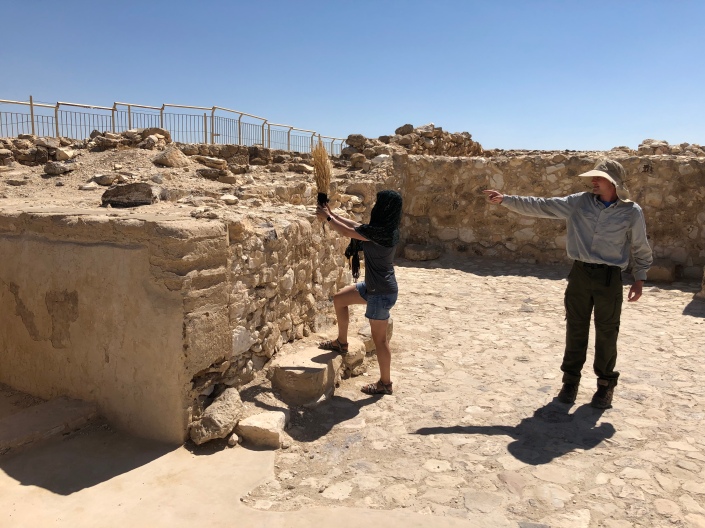 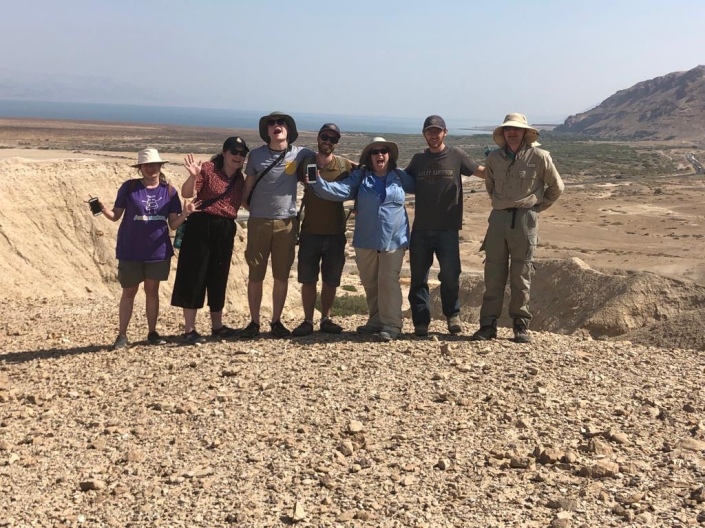 Today – we embarked on week 2 – which along with week 3 – are the main periods of progress for a four-week excavation season.

In A1 – Jane, Andrew, Scott, and Keegan made excellent progress today along the outer fortification wall. They had lots of restorable pottery from the late Iron IIA and it also seems that they have at least one either complete or (at least) restorable large jar.

In A2 – Debi, Terry, Rebekah, and co. are continuing to work in and around an 8th century BCE silo and a Persian pit. They have also continued to remove the floor of the Iron IIA/B (we are still trying to date it…) building. Very interestingly, it seems that we are getting down to an Iron IIA layer (whether or 10th or 9th we are not sure yet). Even more interesting, much of the pottery coming out of this layer has lots of Late Bronze sherds which might indicate that there is a strong presence of the LB on the main tell itself directly beneath the Iron IIA layers – a situation that would parallel nearby Lachish.

B2 – lots of different layers are being excavated. Clay and Sarah are exposing a room of a building that was likely used in the Iron IIC. Stahlie and Sam were taking down the “Balk of Death” above the fantastic early Iron IIA destruction. They have also reached this same destruction directly outside the fortification wall. It now seems really clear that the west side of the site (Area B2) does not have an extramural Late Iron IIA phase as we saw in Area A1.

B3 – Marcella, Jerry, Michaela, and Reilly continue to find loads of LB pottery – today in the reading we had several very nice fragments from Cyprus including Base Ring and White Slip. In addition, there was also a large fragment of an LB krater with a very nice scene of a palm tree and what appears to be either a fish or a bird in the typical LB Canaanite decorative style.

G – The search for the gate continues… Shawn, Lauren, and Ian plowed through 20 cm today and reached what appears to be either an Iron IIB or Iron IIC surface inside of the casemate wall. Christian, Hyun Hwak Kim, and Natasha exposes a later surface (Persian?) along what seems to be part of the fortifications. Jacob and Benjamin are articulating the top of what appears to be a truly massive solid wall which might be a major clue for locating the gate… 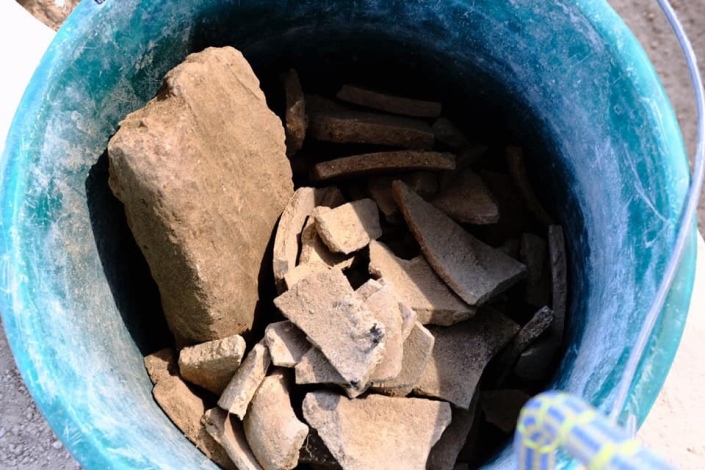 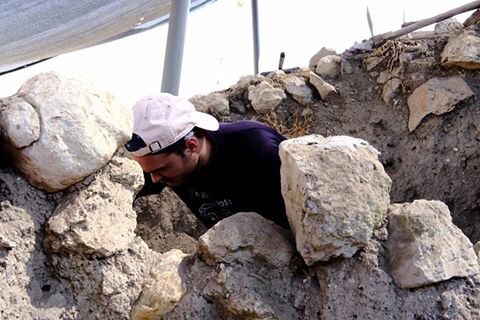 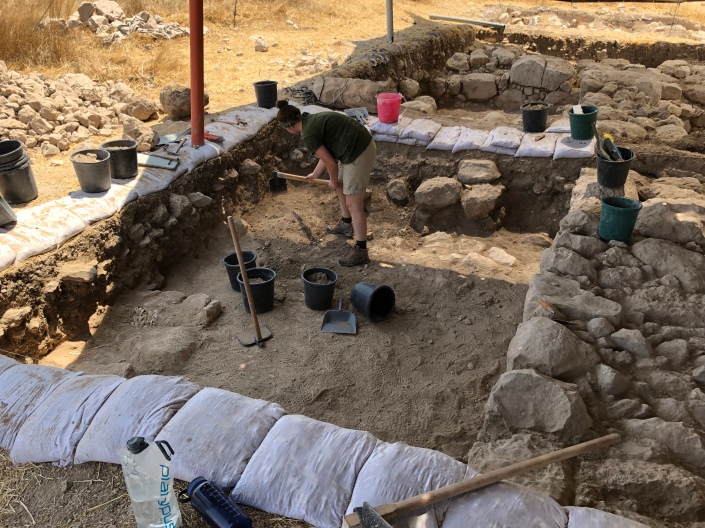 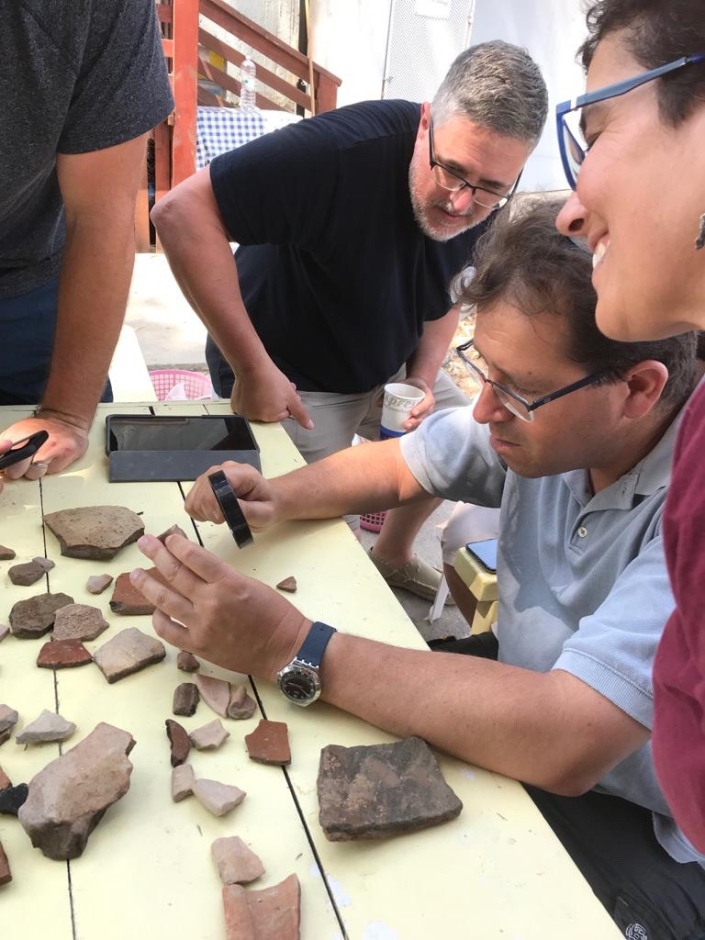