The weather was slightly warmer today than it has been – but we pressed on!

A1 – Jane, Keegan and Scott are continuing to expose more and more of the outer Iron Age fortification wall and coming down on some new architecture and also what appears to be some complete vessels.

A2 – Debi’s team continue to progress through the silo, pit, and other surrounding complicated architecture.

B2 – Aharon, Stahlie, Matt, Sam, Clay, Andy, Sarah, and Hannah worked in what seems to be an Iron IIC building (now pretty well dated) next to the wall and also removing the balk above the very nice Early Iron IIA destruction excavated the last to seasons.

B3 – Marcella’s team continues to find more and more pottery and some very odd and not very straight Late Bronze architecture.

G – Lauren, Hailey, and Shawn came down on a very nice layer that seems to be a pavement connected with the inner casemate wall. This layer either dates to the Iron IIB or IIC – but we don’t know yet. Lauren found a very nice upper millstone on the floor. Since we are clearly on the fortifications we took the opportunity to reenact Abimelech’s fateful siege of Thebez in which he was struck in the head by an upper millstone thrown by a lady defending her city. Lauren played the part of the heroic defender. Christian played Abimelech and Jacob acted as the unnamed armor bearer who put Abimelech out of his misery (Judg 9:50-57). This was fun 🙂

This morning – myself, Terry, Matt, Ladislav, Michael and Daniel went to nearby Khirbet ‘Atr (biblical Ether) as we noticed that the site was recently burned and the architecture was very visible on the surface. Terry took a number of drone photos that we hope to develop into a photogrammetric 3D model of the site.

This afternoon – the team went over to nearby Tell es-Safi/Gath where Prof. Aren Maeir gave us a fascinating tour of the lower city and what they have been uncovering there the last decade or so. 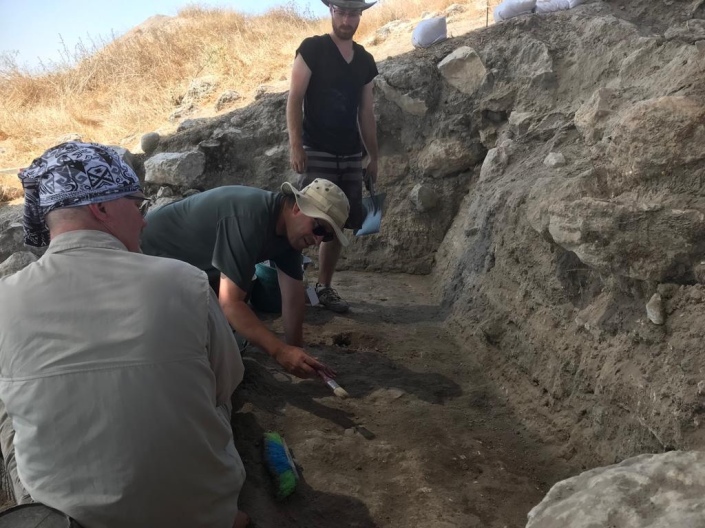 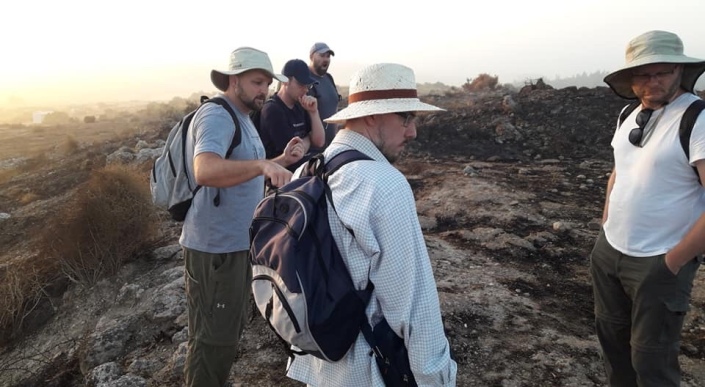 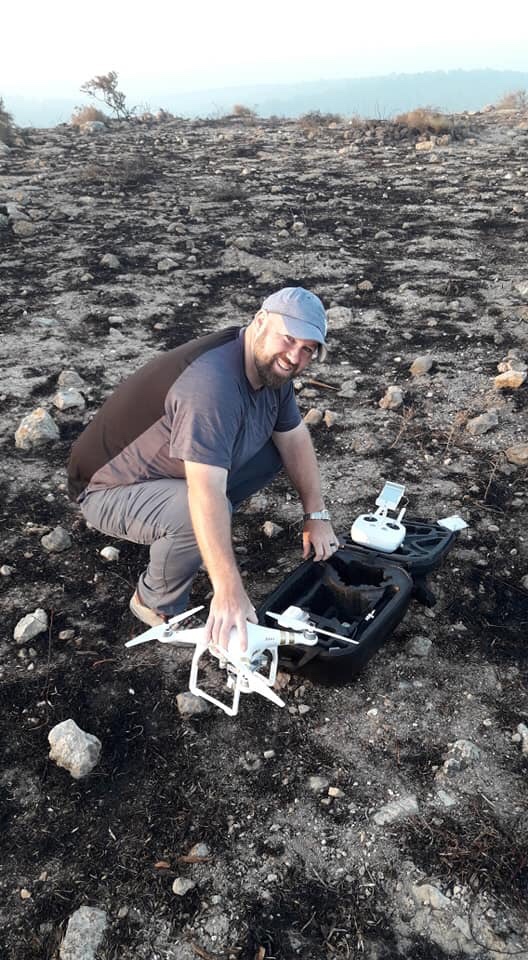 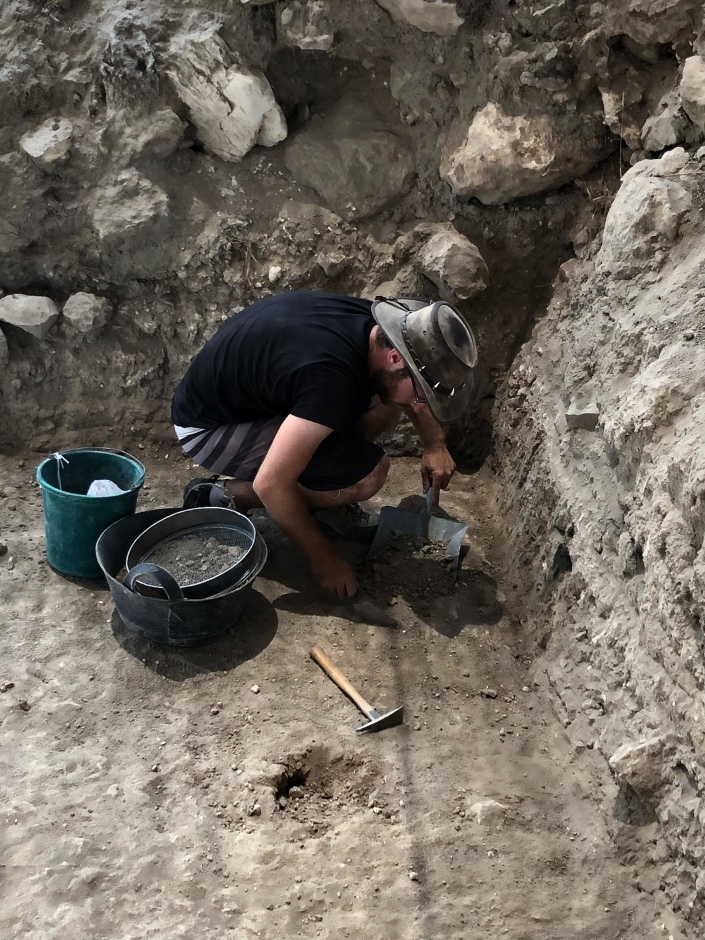 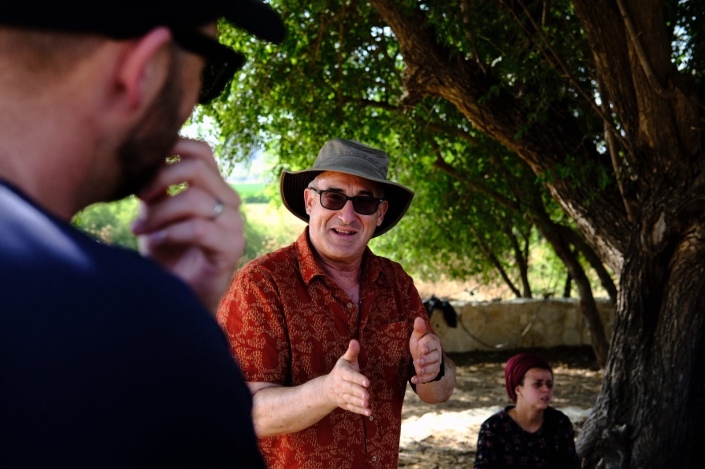 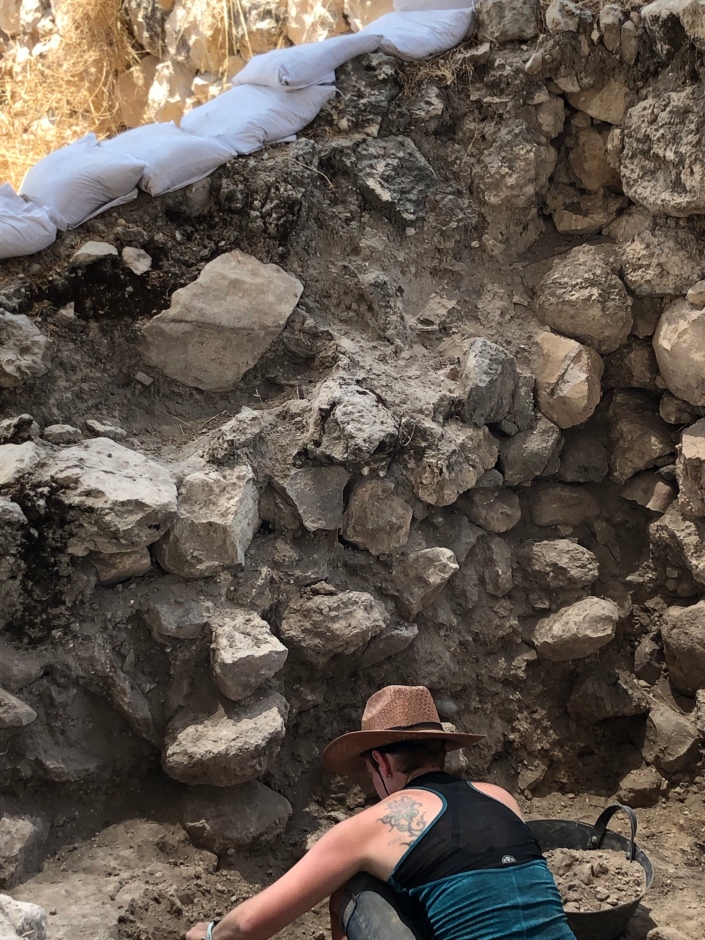