The weekenders had a great time in Tiberias visiting a number of sites along the coast, Galilee, and the Golan Heights.

Yesterday afternoon – the whole team enjoyed a tour of the interesting nearby site of Khirbet al-Rai (also known as Arai) led by directors Yossi Garfinkel, Kyle Keimer, and Saar Ganor.

Today – we began the third week of excavations – which means that we are in the final 6 or 7 field days of work. We had some very nice progress in all of the areas.

A1 – Jane’s team is now consisting of Keegan and Andrew. Happy Canada day! to these two and their other fellow Canadiens (and since we continue to have a running debate on the tel – we all know who really won the War of 1812 :). They have excavated through what appears to be several striations of Iron IIA surfaces mostly related to the Late Iron IIA but they are beginning to get more and more sherds from the Early Iron IIA. They also seem to have reached below the outer fortification wall on the outside – which is a nice accomplishment as we had yet to do this in the ten years since we began the project. Now we need to get to the bottom of the wall from the inside (which will date its initial construction.

A2 – Alas! The two silos – anthropomorphized as “baby silo” and “mama silo” are no more. The A2 team took them out today and have a lot of ash and mudbrick debris – it will be interesting to see if this destruction(?) relates to the same 10th century destruction in B2. Terry’s side of A2 also came down on a series of phytholith layers that will hopefully be examined by specialists in the next few days.

B2 – Aharon’s team continues to expose the outside of the fortification digging through Late Bronze metallurgical fill and what seems to be the top of an Early Iron IIA destruction.

B3 – Marcella and co. opened a new square a couple of days ago – they have already reached bedrock (a few cm below surface) and some nice architecture from the LB.

G – We are focusing our attention on a section just inside the casemate fortifications and on two squares directly on a massive lower fortification. In the upper part, it now seems that we have dug lower than the inner casemate, which apparently in this section was only in use during the Iron IIB(?) and IIC – as we now have a lower level (dug by Shawn, John, and Hyun) that seems to date to the Late Iron IIA (but we will have to look closely at the pottery…) In the lower part – Ian, Natasha, Yael, Jacob, and Benjamin are digging through what appears to be a large collapse of a wall but the collapse is making it difficult to excavate. Tomorrow – we plan to dismantle the collapse and hopefully make more sense of the massive fortification in this area. 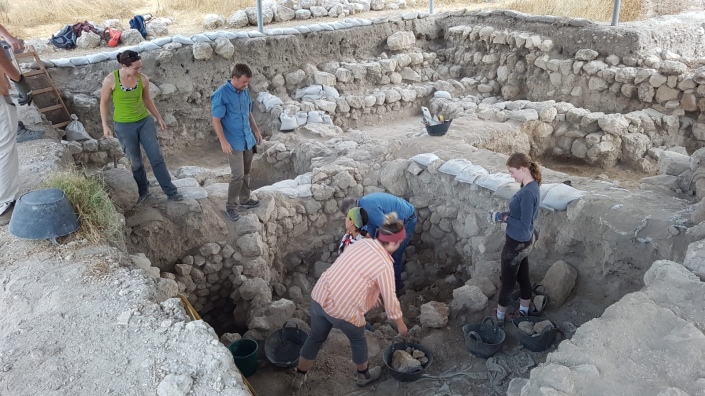 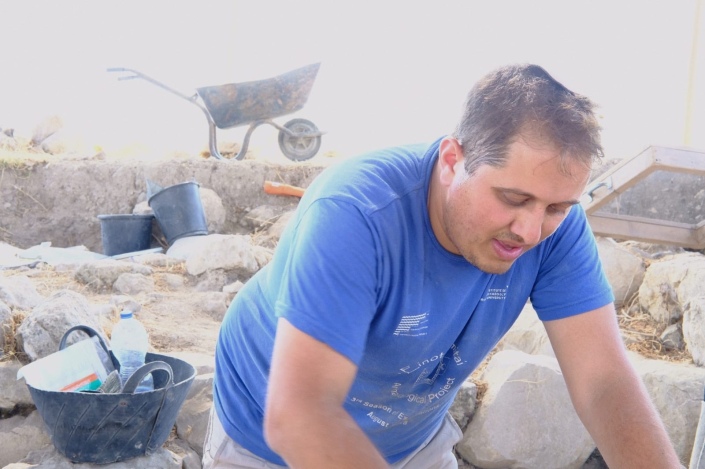 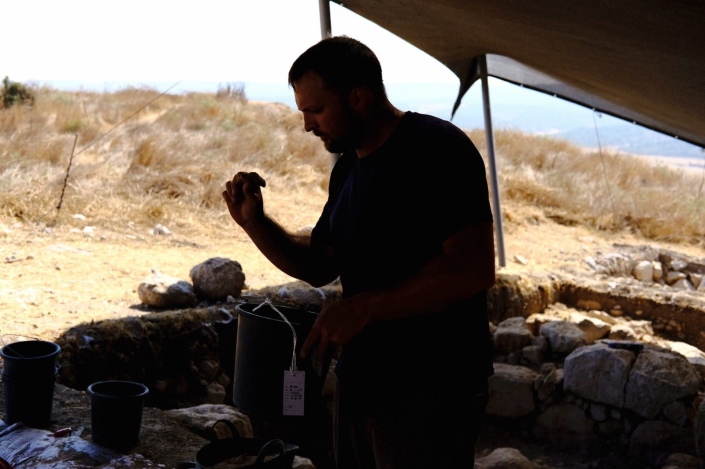 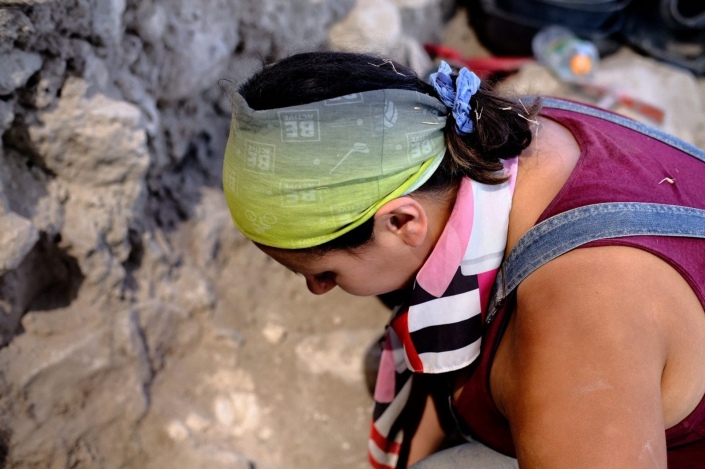 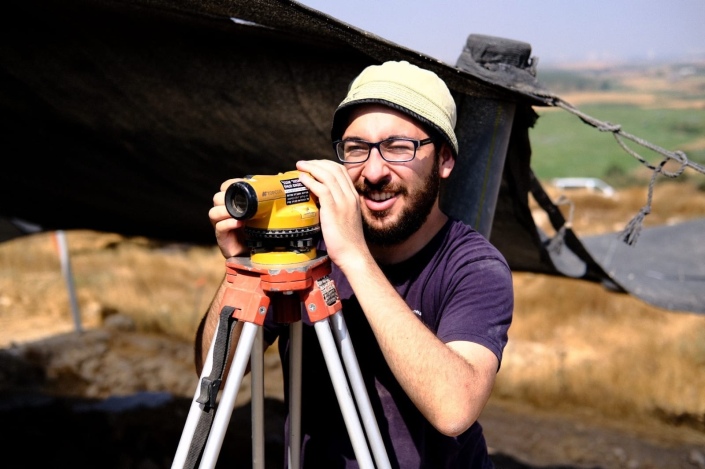 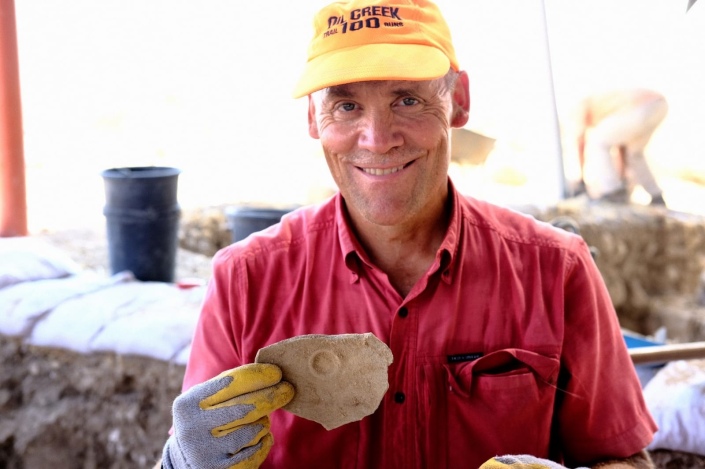 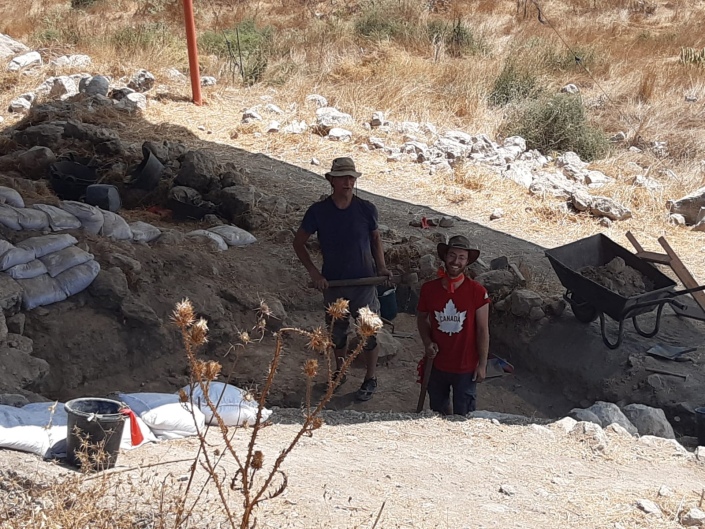 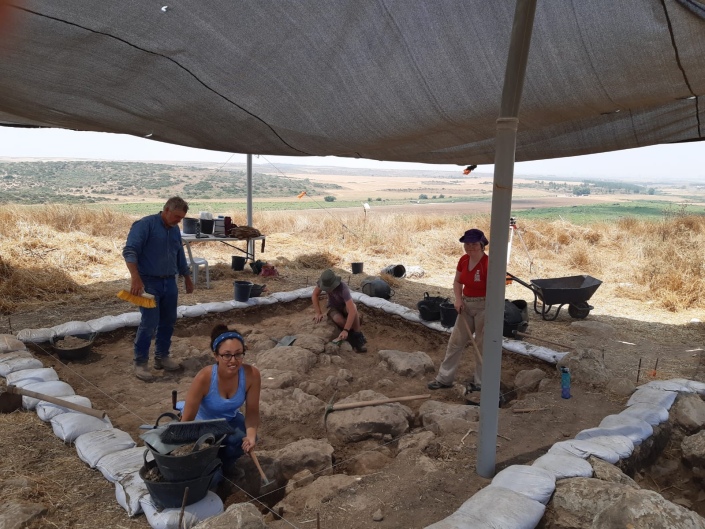 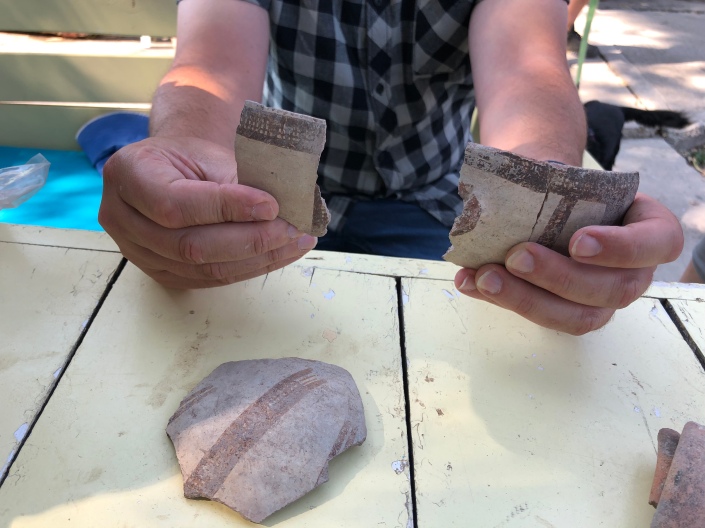