We ended week 3 with a nice flourish of finds and a cleaner picture of the stratigraphy in the different areas.

A1 – Jane, Andrew, and Keegan beautifully excavated a nice burnt building with an associated plaster wall. They also were able to collect several seeds below the outer fortification wall which might help provide a date for the fortification.

A2 – Debi and co. began to prepare the area for the end of the season. At this point, it is clear that they are through the 9th century layer – but the date of the next layer is unclear as they are finding a lot of Late Bronze and Early Iron IIA pottery. Next season – they will have to work through this to try and understand the complex stratigraphy of the earlier levels.

B2 – Aharon’s crew had a number of families visit and work in his area. They also made some nice breakthroughs. It seems likely that the outer fortification cuts through the Early Iron IIA destruction – which would mean that the fortification wall is later.

B3 – Marcella, Jerry, et al. closed down Area B3 – the area looks great and they have a lot of potential for next season.

G – We made some nice progress exposing the fortification and even have a small section of what seems to be a Persian surface. We also exposed several new walls that we are still trying to understand.

The weekend crew is in Jerusalem this weekend – starting off at Herodium. 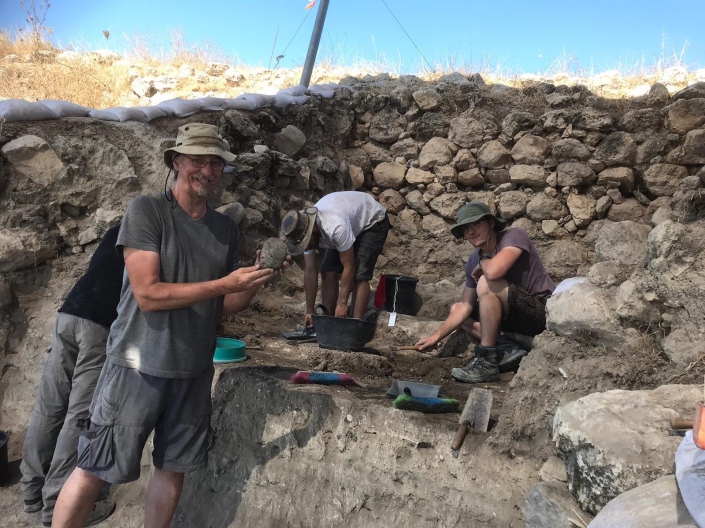