It was another good day in the field with several nice finds.

A1 – Jane’s team dug through a massive balk collapse and is seeing the first signs of the Iron IIA destruction that we excavated previously.

A2 – Debi and team have made a lot of progress removing the floor of the Iron II building and excavating a Persian pit and Iron II silo. In the silo, Erika found a very, very nice head of a Judean Pillared Figurine. We have found several of these in previous seasons – but this one is very ornate and has several different colors decorating the face, hair, and neck. We can’t wait to see what it looks like after it is cleaned.

B2 – Work is progressing with the new square – coming down on the beginning of the Iron Age levels. Also, Aharon’s crew is excavating in a couple places just outside the fortification wall (outer fortification), which is preserved to a very impressive height.

B3 – Marcella’s team continued to expose the architecture that I mentioned yesterday.

G – Christian, Natasha, and Hyun exposed a nice segment of what appears to be part of the fortification wall – we also have this already in the other new square. This morning, our team worked on clearing a wide area to see the architecture on the surface of the tell. It seems that we have some very large walls sloping down the tell that we hope to expose later this week or the beginning of next week. While we don’t have the gate yet – for sure – it still looks promising… 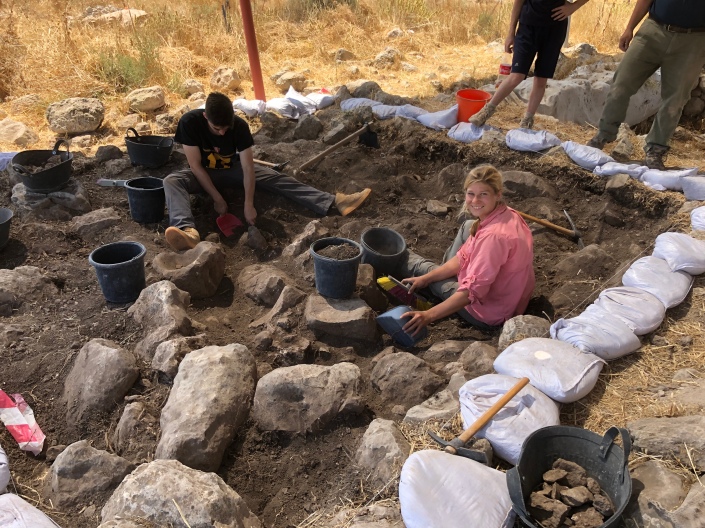